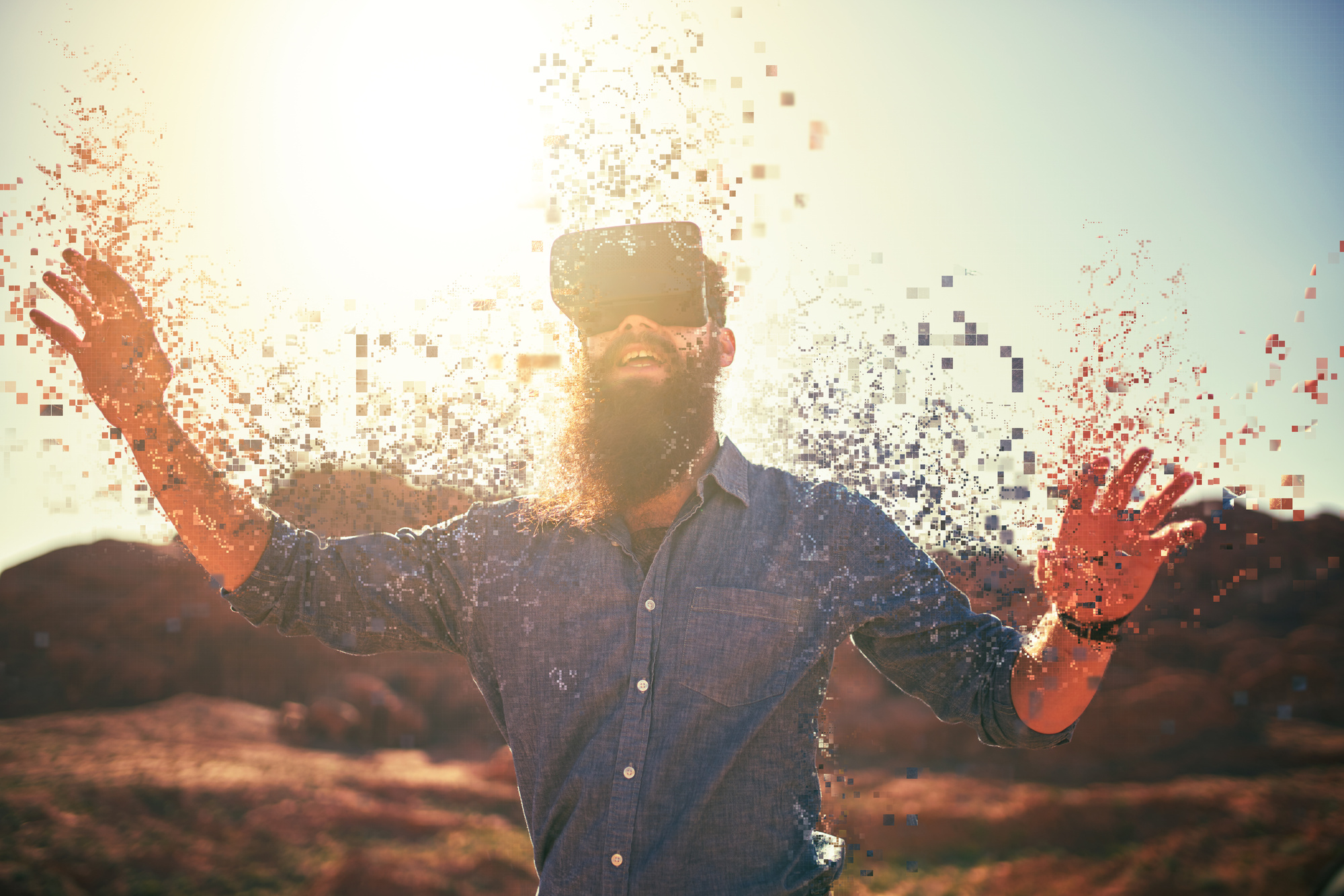 It’s basic human desire to want to change the world. Virtual reality is born out out that primal need for adventure, change, experience, and fun. Using technology, we can now enter into immersive worlds where only the only limit is imagination.

You’ve seen the goggles, and maybe you’ve even used some VR glasses or played some games. But have you ever wondered how does virtual reality work?

Here is your complete guide to VR.

Slap on the right VR headset and you’ll be immersed in a new world. You could be standing in your living room and instead of the familiar old couch, your eyes might see a dragon’s lair or dinosaur’s den.

VR works by tricking your brain. The headsets create a boundary-less 3D virtual environment. When you look at your TV, you see its edges. There’s no confusion about where the screen ends and the real world begins.

A virtual reality headset, however, blurs the distinction between your actual surroundings and the images on the screen. Everywhere you look, the image follows you.

The headsets rely on two different image feeds, one per eye. As you glance through the device’s lenses, the 2D images are angled to create a 3D view. The technology recreates the way your eyes actually see the world.

In order to provide a realistic experience, VR headsets need to be able to track your movements. If you raise your arm to bat away a virtual fly, the device needs to be able to respond quickly and appropriately. There are a couple different ways to do this.

Eye Tracking: An infrared sensor tracks your eye movements, allowing for a more realistic environment. Objects that you’re focusing on should appear sharper than background images. If everything looks too crisp, your brain is more likely to notice that something is off.

Head Tracking: When your head moves, the VR picture should move. You don’t want to glance up to where the sky should be and see the ground instead. There are multiple ways to achieve effective head tracking ( gyroscope, magnetometer, etc).

Motion Tracking: This one is a bit trickier. The effectiveness of a VR system’s motion tracking really depends on how much money and effort the user sinks into the experience. You can use a typical gaming controller or you can set up sensors around a room so a laser can track your movements.

What do You Need?

You need a headset, a power source, and some sort of tracking mechanism. Most VR headsets connect to a computer or gaming device because the amount of power required to run a game or application is immense.

However, in 2018 the Oculus Go was released. It’s a completely standalone device. You don’t need anything else to use.

There are also VR headsets that rely on the power of your smartphone. These are less immersive than the Oculus Go or the devices that connect to a computer. However, they’re also more affordable.

How does Virtual Reality Work?

VR is going to shape the future. The technology isn’t limited to gaming; the possibilities are almost too numerous to mention. Imagine a professor teaching a class to thousands of students but it feels like an intimate class of five because you’re in the VR realm. Long-distance couples can have realistic, romantic dates.

How does virtual reality work? It fools your brain into thinking that you’re viewing a 3D image.

If I want to experience the sensation for yourself, take a look at our VR headset reviews before you purchase anything.