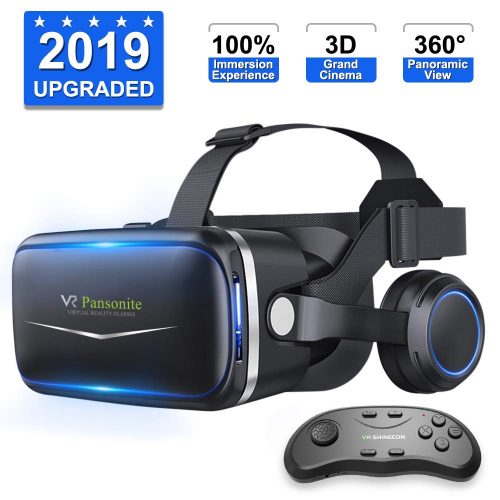 A few years back, the term “virtual reality” would have been unfamiliar word. Nowadays, it is as common as any modern day terminology associated with technology.

Being able to manipulate and explore a three-dimensional world while feeling like you are part of it can be quite a surreal experience.

This is one of the reasons why virtual reality has grown such a following and why many companies have now made it accessible to the public through what is known as a virtual reality headset.

One of these is the Eightones VR Kit which is a complete Google cardboard kit that has a head-strap and NFC.

This particular kit is designed to exact Google Cardboard specifications and is compatible with iOS and Android smartphones.

The Eightones VR Kit fits and works well with most smartphones. It can fit an iPhone 6 or 6s quite well without much adjustment.

Since this cardboard headset is a complete kit, it is easy to assemble and is a great option if you are looking for an easy, out-of-the-box virtual reality headset.

Since it is in black, it looks sleek and quite nice. The material also works well to completely block all the light, allowing you to see images more clearly without the hassle of light.

The Velcro strap works well, so there is no need to worry about re-adjusting the straps. The head straps fits well and is comfortable once placed on your head.

Although made from cardboard, the Eightones VR Kit is quite sturdy and can hold a bigger size smartphone well. It is also lightweight so the addition of the weight of the phone still makes it comfortable once in use.

It also has great lenses as long as your face is in all the right groves. It does not have the issues of blurry images you would sometimes encounter with the same products available in the market today. 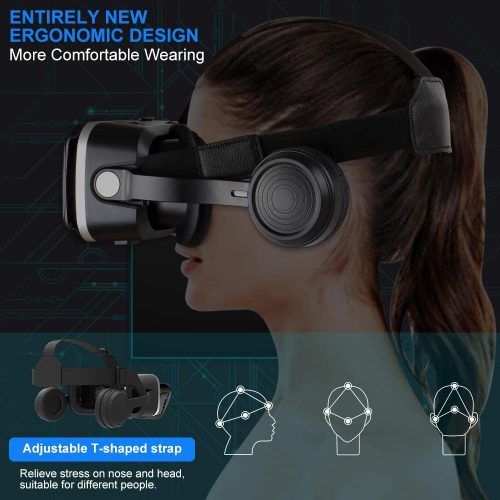 Although the Eightones VR Kit has instructions, it is quite difficult to understand and follow. There is not much detail to go on so you will end up having to figure things out or go to their website to view the instructional videos.

Leaving the rubber band on the cardboard will start to rip it so a word of caution – do not leave the rubber without your phone or when not in use. Some also found that you would have to remove the phone case before putting it on since it will not fit with it.

They also found that once put together it does not perfectly align as it should be. This means they had to do a little bit of adjustment to ensure that it aligns.

A few who have reviewed and used this product found that it is not as durable as one expects. The glue used does not hold that well, so extra support is needed. They found that they would add extra support and reinforce it by putting in strips of duct tape to hold it better.

Some used super glue to ensure that it stays together. They also found that after several use the place where you mount your phone will fall apart, mainly because the material used was very thin.

Users also found that the cardboard material can rub off on your skin after a while, so extra padding on certain areas, like the nose, is needed for comfort. The head strap can also be too tight so it can be quite uncomfortable if you use the Eightones VR Kit headset for extended periods of time; and, since you cannot adjust it that can become an issue.

The Eightones VR Kit is a good starter kit if you are looking for a cheaper alternative to the Google goggle. It is an easy to assemble and is already pre-built. Since it is built from cardboard, it is lightweight and can be quite comfortable once you have your phone in place.