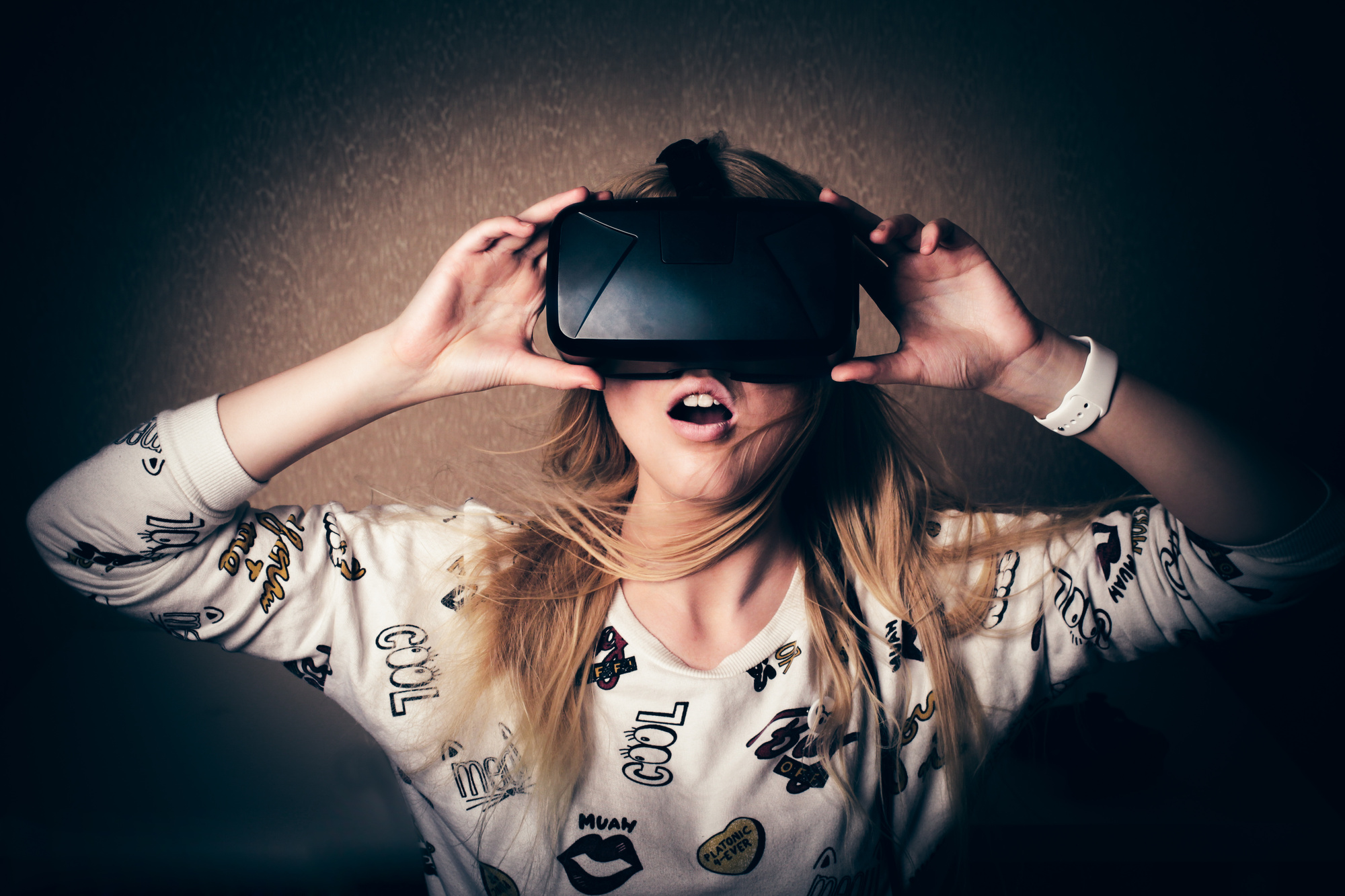 Remember that faded, red ViewMaster in your toy chest?

Turns out, the thrill of virtual reality has been around for decades, even when the technology was painfully cumbersome.

So how did we get to where we are today? Keep reading to learn a brief history of virtual reality.

The History of Virtual Reality

Using his research, Wheatstone invented the stereoscope. This device used mirrors to “fuse” two images together and appear to the viewer in three dimensions.

A decade later, Sir David Brewster used this same research to develop a gadget known as a “lenticular stereoscope.” Brewster’s invention used lenses to fuse the two images (as opposed to Wheatstone’s mirrors), making his device much smaller and more portable.

These old-school stereoscopes were the predecessors of that ubiquitous childhood toy, the ViewMaster, which debuted in 1939 (and is still made today!).

The 1950s brought about Morton Heilig’s Sensorama Simulator, a cinematic device designed to stimulate sight, hearing, smell and touch. The Sensorama could take its user on a virtual motorcycle ride through New York City, complete with rumbling handbars and the smell of hot dog stands.

Despite never getting beyond the prototype stage, the Sensorama seemed to usher in a new era of virtual reality technology. Ivan Sutherland’s “The Sword of Damocles” virtual reality headset followed in 1965 — an impressive, head-mounted virtual reality device so cumbersome it needed to be suspended from the ceiling.

It was around this same time that virtual reality began to be accessible to the public, with the introduction of virtual reality gaming headsets from the likes of SEGA and Nintendo.

Virtual Reality in the 2000s – Present

The last several years have seen an explosion in new and exciting virtual reality headsets, including Oculus Rift, Sony’s Project Morpheus, Samsung Gear VR, and many others. As of 2018, it seems the sky is the limit when it comes to the advancements in virtual reality technology.

Where Will Virtual Reality Take Us?

How far can these new VR technologies take us? The history of virtual reality shows that the demand for the tech has been around for decades and is certainly not going away.

Whether it will be more realistic gaming, helpful applications for a virtual work space, or virtual reality headsets for work and play — the next few years should prove to be an exciting time for virtual reality developers, technology, and fans.

Since you’re a fan, stay on top of virtual reality tech and developments by following us on social media, and visit our blog for reviews and advice about popular virtual reality headsets.